“The Auckland region saw a median price of $920,000, up 11.5% year-on-year. A new record price was achieved in Manukau City, reaching $928,000 supported by a big uplift in prices in East Tamaki, Half Moon Bay and Weymouth. Additionally, sales in Auckland recorded the highest July sales count since July 2015 (2,596 properties) reported Bindi Norwell, Chief Executive of REINZ

First home buyer activity remains strong with many families wanting to purchase while interest rates are low. A similar number of investors are in the market, but many are waiting for later in the year when values could drop as the ‘mortgage holidays’ come to an end.

Bindi Norwell, Chief Executive at REINZ says: “New Zealand’s property market continued to defy expectations in July with sales volumes increasing by 24.6% when compared to the same time last year.  “This was the largest annual percentage increase in sales volumes we’ve seen for the country since September 2015, highlighting just how confident the market was during July.
“Even though anecdotally we’ve had a great start to August, the real question now, is how long this can be sustained for? Particularly now Auckland has gone back into Level 3,” continues Norwell. 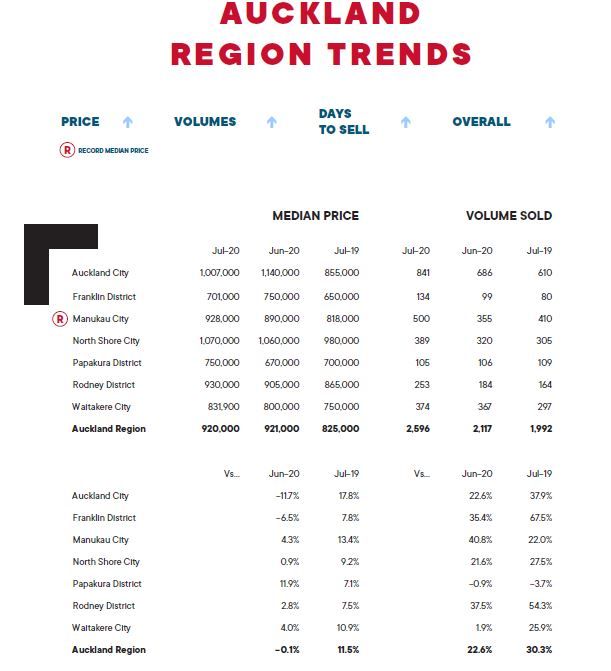 Property market bounces back after lockdown

Back to all news
Up to Date